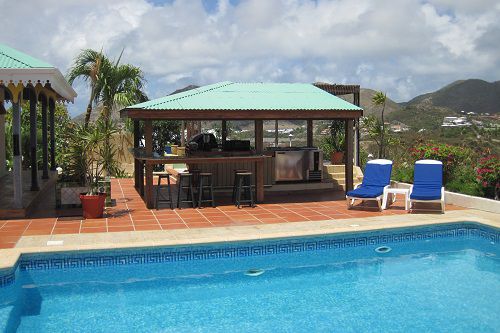 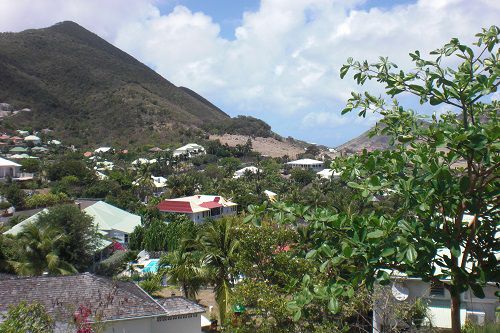 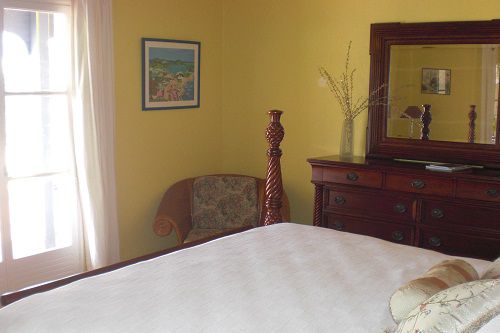 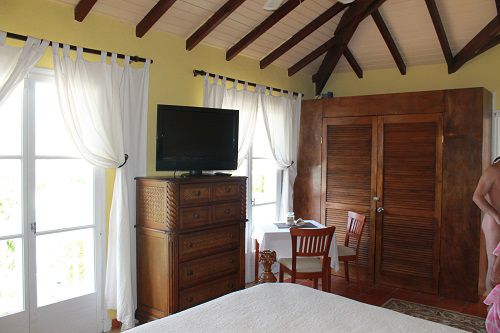 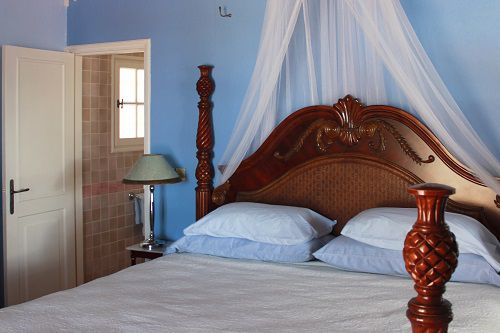 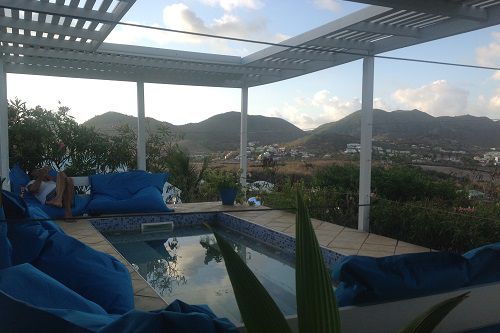 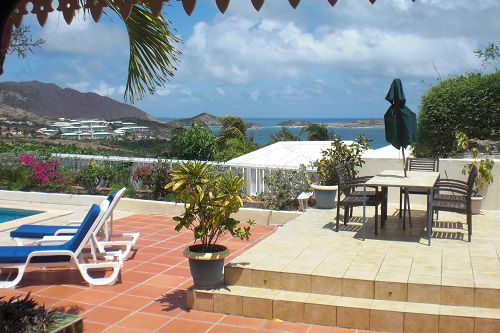 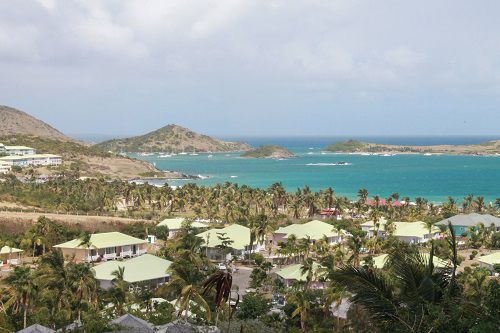 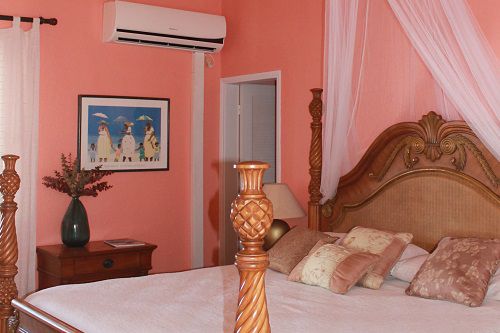 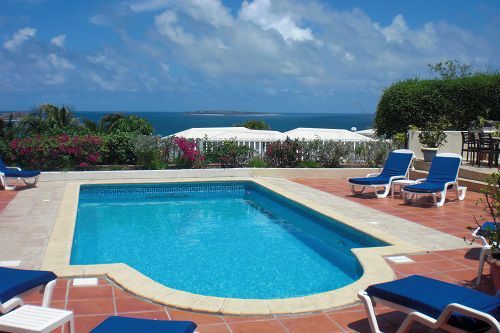 Club Fantastico is situated on a peninsula on the French side of St. Maarten. This small boutique hotel for nudists overlooks Baia Orientale, where the nude beach is at Club Orient. The white sand, kristal helder water, and coral reef make the beach very attractive. Three uninhabited islands in the bay, make this bay an ideal tropical […]

Club Fantastico is situated on a peninsula on the French side of St. Maarten.

The beach is public and some 10 minute walk from Club Fantastico. The way back is uphill, So you do there 3 times longer. The beach beds and umbrellas are rented and there is a beach bar for refreshments.

Club Fantastico is a small boutique hotel with only 6 rooms. They are divided into two categories, namely the Choice Rooms and the Premium Rooms.
All rooms at Club Fantastico have a private terrace, large king size bed, air conditioning and a bathroom with shower and toilet.

Sinatra, Ocean view
Living/bedroom with ocean view, this room has the second most beautiful ocean view.

JFK, Owners Mountain view
Living/bedroom with a view of the mountains. This property belongs to the owner himself and is slightly larger than the rest. It has a nice mountain view and the only one with its own TV in the room.

Amenities Club Fantastico:
– Open bar*
– Swimmingpool
– Ability to dine expose, where the food prepared by a chef.
– Foot
– Free WIFI
– You can borrow a cooler with ice if you go to the beach.
– On site you can book massages.
– Large lounge with TV

* an open bar means that you can drink on the spot what you want. You may not take to the beach drink, for that you need to buy drinks at the supermarket.

Plane:
Sint Maarten on Sundays and Fridays flown directly by KLM from Amsterdam. KLM has the ability to fly economy or business classe classe. The direct flight takes approximately 8 hour and 40 minutes.

Transfer:
We can arrange the transfer for you to Club Fantastico, those paid on the spot. The price is approximately € 35 of US$ 45 per taxi per enkele reis.

Rental car:
Should you prefer to explore on your own land, then you can book a rental car through us. We mediate for Sunny Cars that offers good cars and also the best insurances.

St. Martin is the largest island of the Windward Islands but includes 2 areas; the Dutch part ca.. 34 km2 and the French part of ca.. 65 km2 groot. The border between the French and the Dutch part is marked with welcome signs.
This island 2 peoples with very different properties, laws and customs together.

Club Fantastico is located on the French side, coirca 5 minute drive from Gran Cas.

Time difference:
It is in St. Maarten 5 hours earlier than in the Netherlands; when we have summer time this is 6 o’clock.

Language:
The language on the island is English. On the French side is still speak French but with a Caribbean accent. Dutch is hardly spoken.

Currency:
The Antillean guilder is the official currency of the island, also can be paid with US dollar, credit card like Visa or Mastercard. On the French side, also the Euro accepted. Withdraw money; with a debit or credit card can at most banks.

Climate:
On the Windward Islands is almost always good weather. The sun always shines, the average temperature is 27 ºC, and blows a constant trade winds. The average rainfall 1000 millimeter per jaar. A shower is short, but is usually fierce. On the side of the Atlantic, the waves are rougher and the wind faster than the Caribbean side. In July and August can be oppressively hot. The water is on average about 26 ºC. The hurricane season is 1 June to 1 November.

Example of a Choice Cream

Example Choice of another Room

Example of a Premium Room

Example of a Premium Room 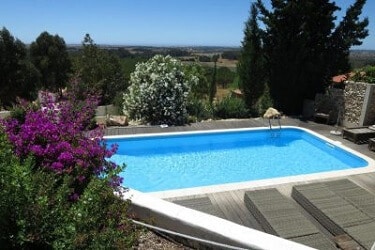 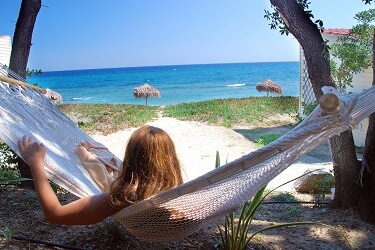 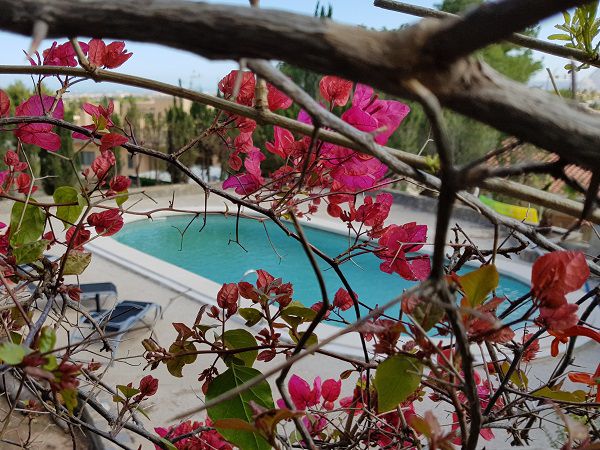