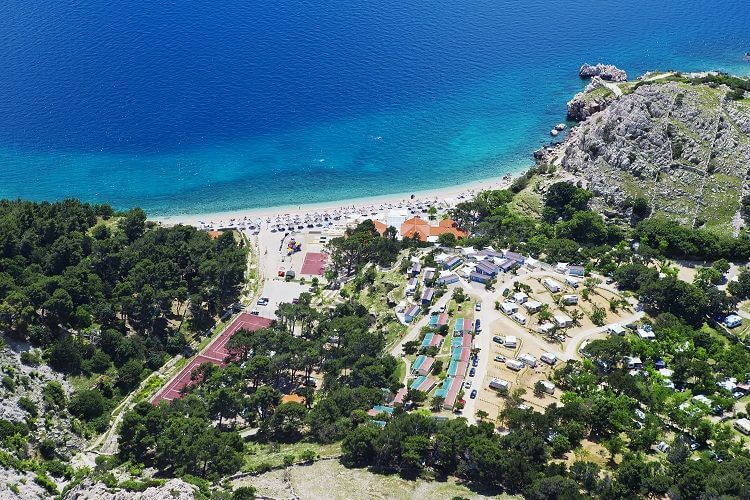 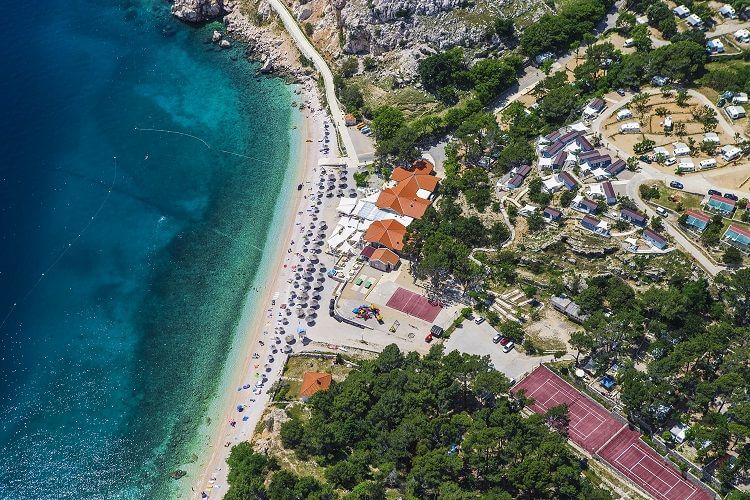 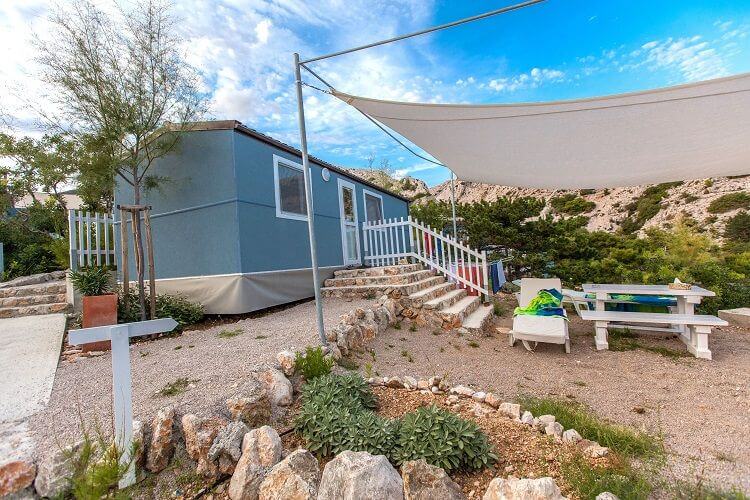 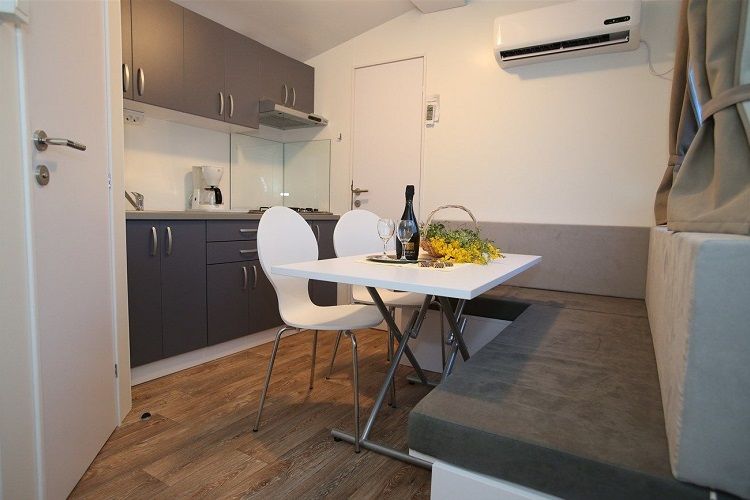 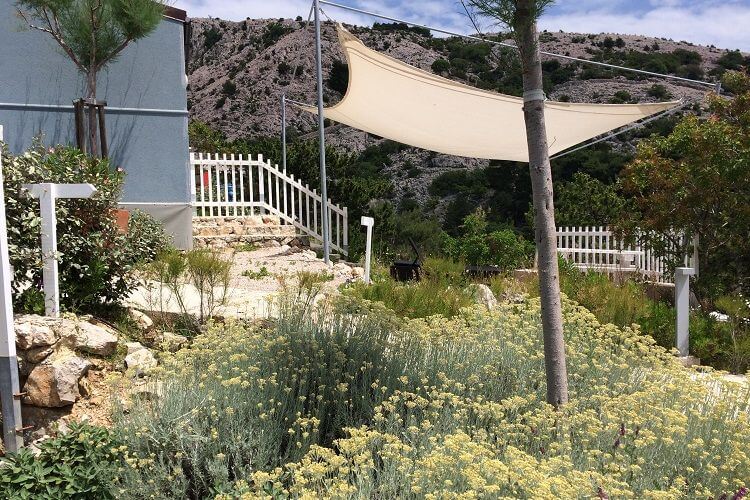 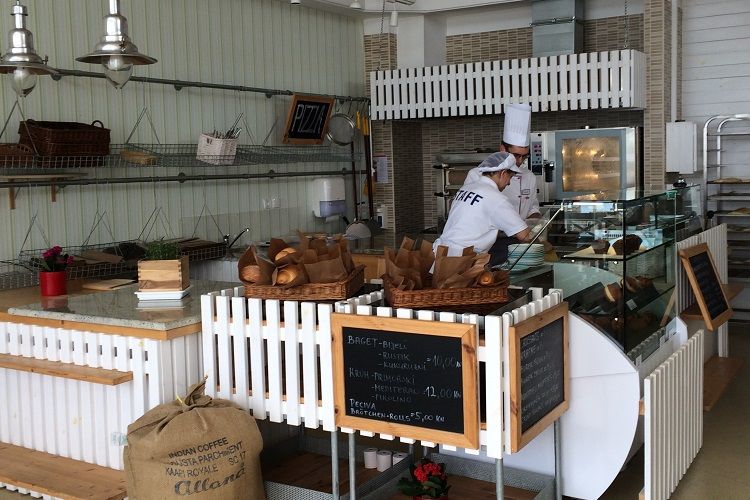 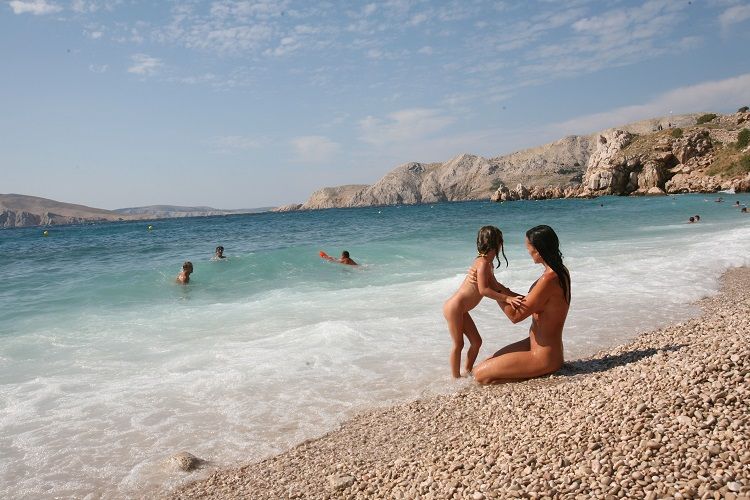 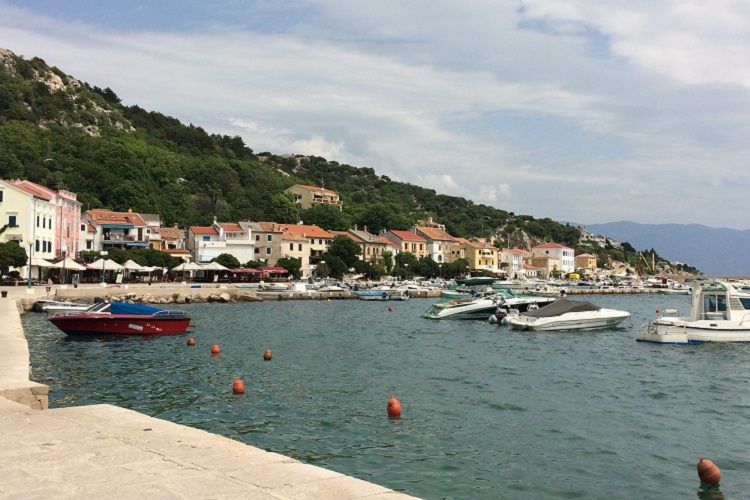 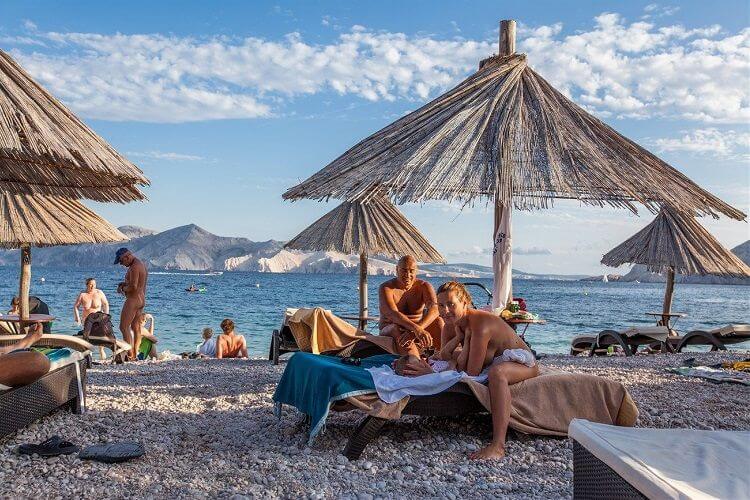 Bunculuka is located on the island of Krk, about 25 kilometers from the port city of Rijeka. Rijeka is the principal seaport of Croatia. The naturist camp Bunculuka is located in a romantic bay, which is surrounded on one side by rocks and Mediterranean nature, and on the other, surrounded by the crystal clear sea, gently washed up […]

Bunculuka is located on the island of Krk, about 25 kilometers from the port city of Rijeka. Rijeka is the principal seaport of Croatia.

The naturist camp Bunculuka is located in a romantic bay, which is surrounded on one side by rocks and Mediterranean nature, and on the other, surrounded by the crystal clear sea, gently washes up on the white pebble beach.

The mobile homes with air conditioning feature 1 or 2 Bedrooms, a living room with seating, satellite TV, kitchen, bathroom, Toilet. The kitchen is fully equipped with a large fridge and microwave. Linens and towels are included, net als de satelliet-tv en Wi-Fi. All mobile homes have a covered patio with a table, sofas and chairs. Your car can be parked next to the site in the parking lot of the campsite.

Mobilhome Comfort Couple / about 17 m2 / 1-2 people
This consists of a combined living- and bedroom with a couch, a fully equipped kitchen with refrigerator and microwave, shower and toilet. Furnished terrace with sea view.

Mobilhome Comfort / about 24 m2 / 2-4 people
It consists of a living room, two bedrooms (one with a 2-bed and 1 with 2 x 1 bed), shower and toilet. Furnished terrace facing the Bunculuka bay, the beach and the nearby island of Prvić.

Services:
– 24 Desk.
– Banking Machines and money exchange facilities.
– Free WIFI in all Mobilhomes.
– Sunbeds and umbrellas for a fee on the beach available.
– Washer and dryer for a fee.
– Safety deposit boxes at reception fee.
– Bicycle € 3,- per hour.
– The Boneta Bistro & Lounge with a fruit- and vegetable shop and bakery located right on the beach. In addition, a newspapers are- and souvenir shop and a shop for groceries

By car:
From Utrecht is it approximately 1374 kilometer drive to Bunculuka.

Bus:
From the meetingpoint Maarheerze is it approximately 24 hour drive to Opatija and there you need a car.

Flight:
It is about 2 hour flight to Pula, Croatia. We mediate among other things with Croatia Airlines. You’ll need a rental car. You can also fly to Rijeka, but then a switch.

Car:
We advise you to hire a car, if you want to see something of Croatia. We mediate for Sunny Cars.

Transfer:
We can arrange any transfer.

Croatia lies on the Adriatic Sea and is bordered in the north by Slovenia and Hungary, on the east by Serbia and Montenegro and in the south to Bosnia-Herzegovina. Across the sea is Italy. The surface of ​​Croatia is 56.542 km². This is approximately as big as Belgium and the Netherlands together.
Croatia has about 4.4 million people. The Croats are a very hospitable people. The modesty coupled with their great hospitality make a tourist feel at home in this beautiful country. But besides welcoming, friendly and helpful, Croats are mainly a very proud people.

During your stay it is well worth the effort to visit the “golden” city of Krk in the footsteps of the ancient Romans, the Venetians, Italians and Croats. Also Košljun with the Franciscan monastery is worth or the Roman city Fulfinium. You can visit the Plitvice Lakes or the islands of Rab by boat, Tablet, visit Grgur.

Language:
Besides the language Croatian can the people in the touristic areas speak Englisch, German or Italian. Along the coast is spoken with a dialect similar to the Venetian. The Croatian language is of Slavic language family.

Currency:
The official currency is the Croatian kuna (kuna = 100 lipa’s). Most shops also accept euros.
Foreign currency can be exchanged in banks, exchange bureaus, post offices and the most tourist agencies, hotels and campings.
In larger places you can pay mostly with Travellercheques and credit cards. Also ‘pin’ is possible in the larger towns. Always keep enough cash. In some areas are banks and post offices scarce.

Climate:
Croatia is a sunny country. The sun is shining about 2500 hours per year and the average temperature in the summer is 23 °C degrees. In Croatia there are two climate zones; in the inland predominate a continental climate, partly also a mountain climate. In the interior are the winters harsh and rainy and the summers are hot and dry. In the mountains falls a lot of rain and snow. The area along the Adriatic coast has a pleasant Mediterranean climate with many hours of sunshine, hot, dry summers and mild and wet winters.