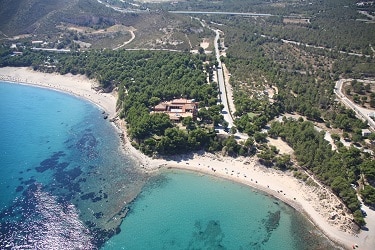 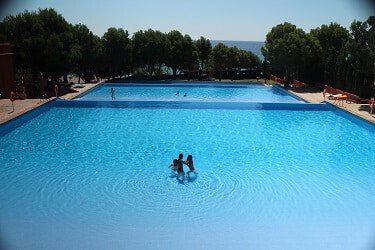 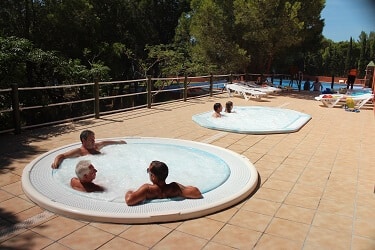 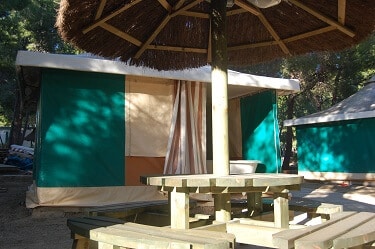 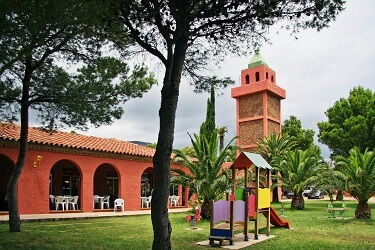 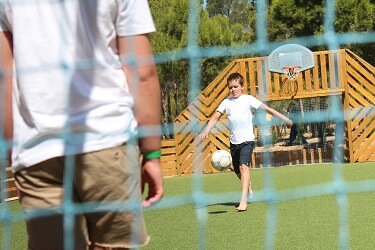 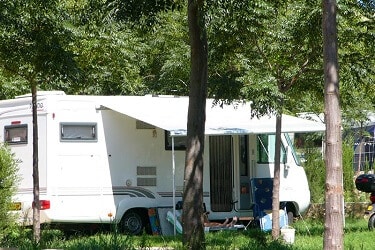 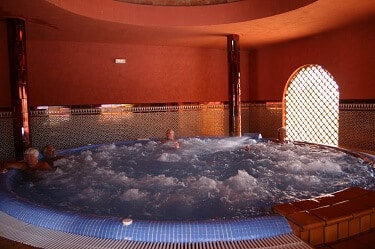 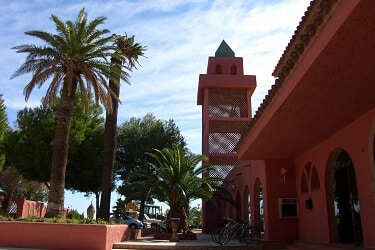 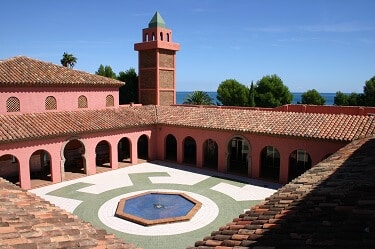 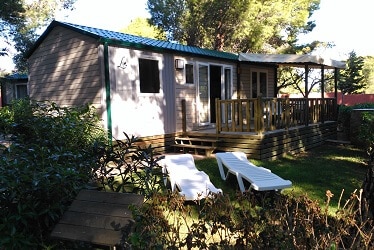 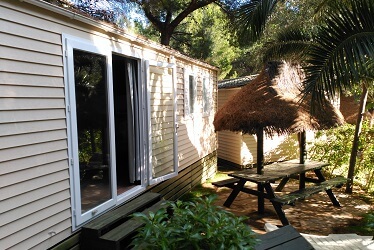 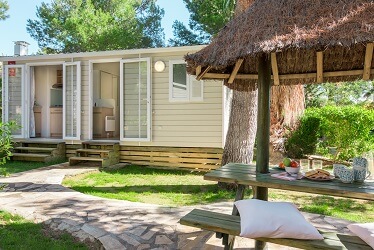 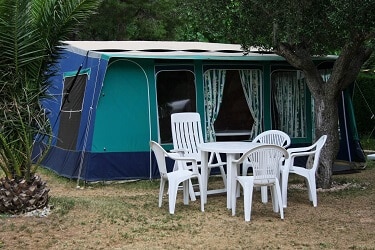 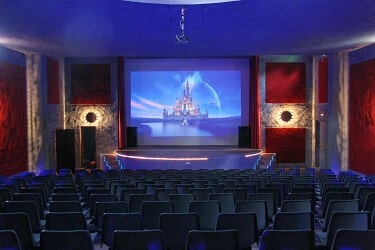 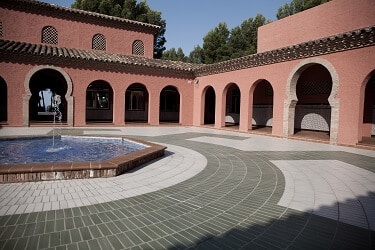 El Templo del Sol is a modern naturist accommodation, built in the Spanish-Moorish style. The whole complex looks like a temple complex.

Cottages
All cottages have access on a living room, bedroom with double bed, airco, open kitchen with refrigerator, microwaver, coffee machine, toaster, bathroom with shower and toilet, stone terrace with wooden table and benches. They are distinct in Eco-cottages up 3 individuals with 1 bedroom, Cottages 2-4 people with Neftis 2 slaapkamers en Cottages 4-6 personen Hathor met 3 Bedrooms. The pictures are only examples.

Tents
El Templo del Sol for tents 2-5 people with an open kitchen with fridge, cooker 2 slaapcabines, 1 with double bed and 1 with 2 x 1 bed (at Naturocamp only one single beds). There is no running water and you use the sanitary block. Sheets can be rented. You can also choose a tent of Naturocamp, which have the same amenities, only sheets, pillows and blankets you should bring your own. In addition, El Templo del Sol also a tent Eden. This luxury tent can accommodate only 2 persons with a 2-bed in the living / sleeping area with kitchen, bad en toilet.

Pitch
A pitch you can book with us in advance. You can spot choose the place, but you can not choose a luxury place with running water or a place right by the sea.

The prices in the price table are for stays with up to 2 people. If you want to stay with 3 or more people in a house, a surcharge applies. Please ask for a travel proposal.

Please note that not all facilities are open in the pre- and late season.

Singles have access if they are in possession of an INF / NFN card.

In the service center, you must be dressed.

To arrive at El Templo del Sol you have to drive through France. The roads in France are of good quality. On the highways is described where the nearest gas station / restaurant, picnic areas are. Please note that you need to pay toll on French highways. The toll can be paid by cash or credit card.

Furthermore, you must be owned by International Insurance certificates known as the green card if you go by car. In France, it is obligatory to have an alcohol tester in the car.

A valid driver’s license, is necessary.

With the plane:
It is about 2 hour and 10 minutes to fly to Barcelona. We can book your flights. We mediate for Transavia, KLM, Iberia of Vueling.

We advise you to hire a car, If you want to see something of the area. We mediate for Sunny Cars

Information about the flight days and the rental car can be asked by us.

Transfer: Transfer Barcelona is € 320,- for a return for 4 people, payable locally.

El Templo del Sol is located in Hospitalet del Infante on the Costa Daurada just 270 km from the French-Spanish border and 100 km to the south of Barcelona.

The beach named ‘Playa del Torn’ and is for more than 30 years known as naturist beach. This fine sandy beach stretches for more than 1,5 km along the Mediterranean Sea. The beach is about 15 meters lower than the camping and there are showers on the beach. Very special are the pools, gradually descending to sea, so that you have from each pool a view over the Mediterranean Sea.

On the land side the area is enclosed by rugged mountains where a railway runs along . This line can cause noise pollution. The properties are located on the sea side to keep disruption to a minimum.

Specialities:
The Costa Daurada has a very diverse cuisine, of course, often with fish or shellfish, including paella. A typical dish is calcotes with romesco, roasted onions with a sauce of almonds, hazelnut, tomato, paprika, garlic and salt. The fame of the wine from Tarragona dates back to Roman times.

Language:
Spanish is the official language, but the local people speak also Catalan. Thanks to the tourism speaks a lot of Spanish people also Englisch of German.

Currency:
Spain is a member of the European Union. The official currency is the Euro. With almost every card is it possible to withdraw money and most credit cards are also accepted.

Climate:
Although this is one of our most northerly destinations in Spain, the weather on the Costa Daurada is usually mild in winter and in the summer the sea blows a cool breeze.

Example of a pitch