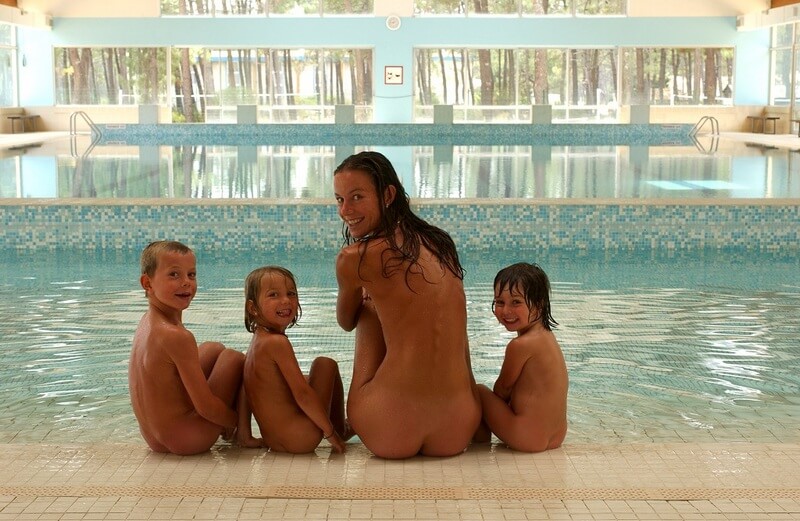 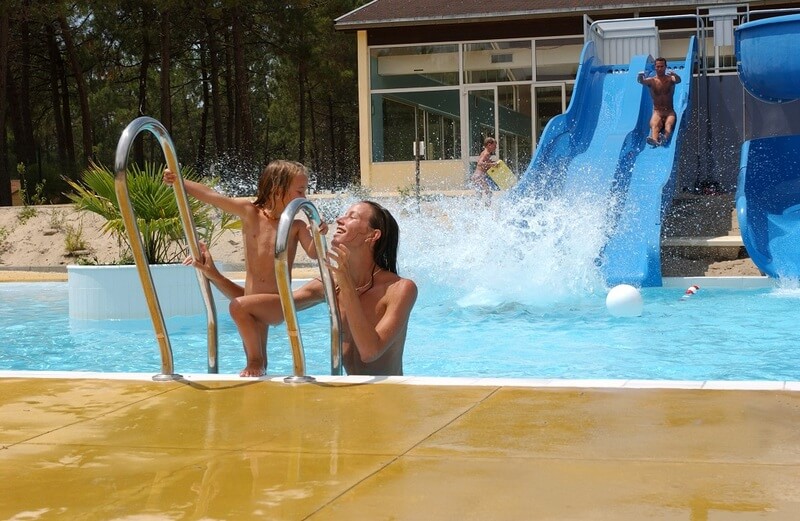 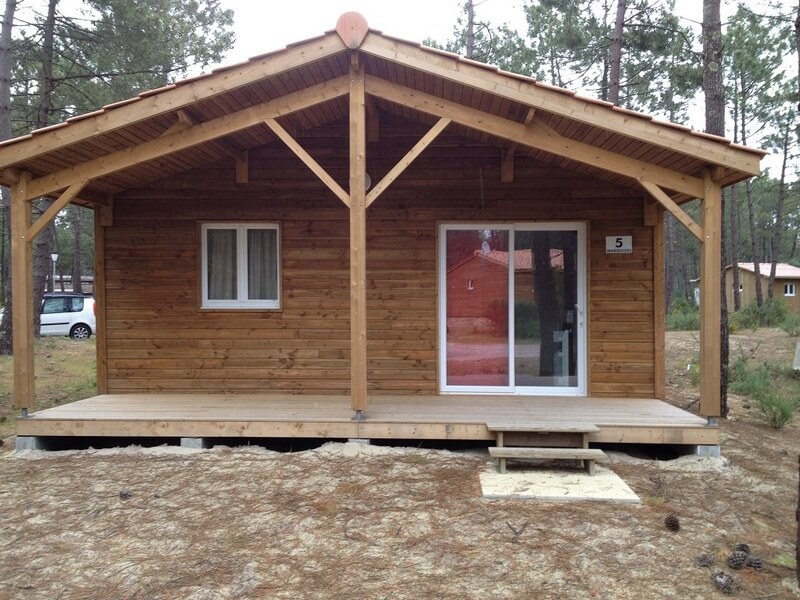 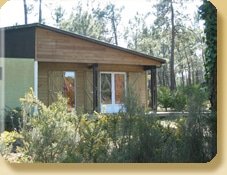 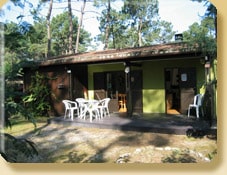 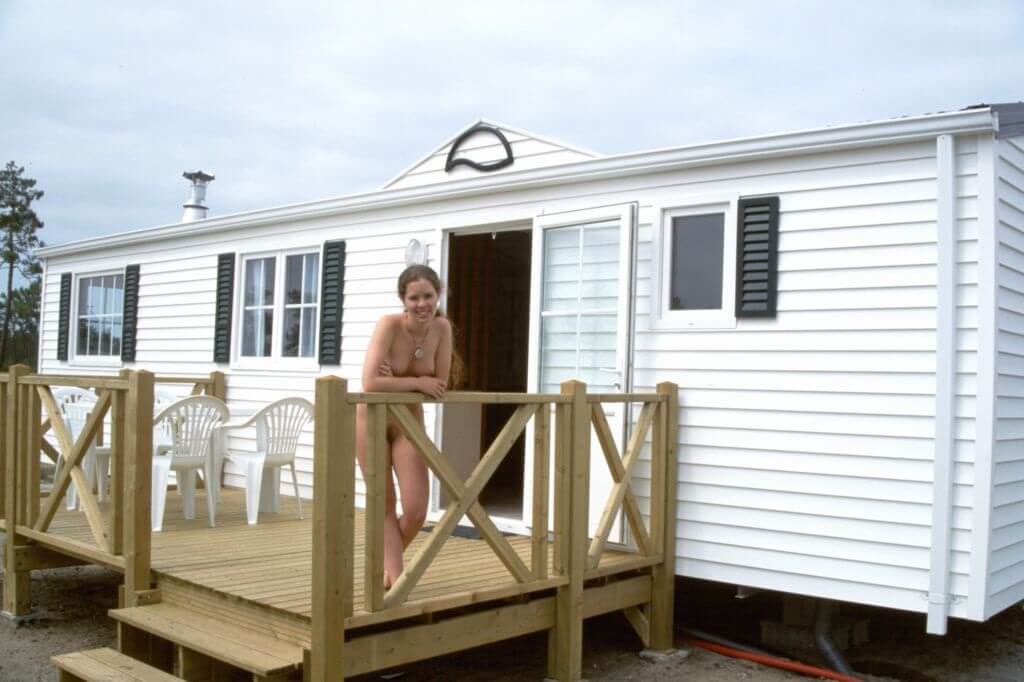 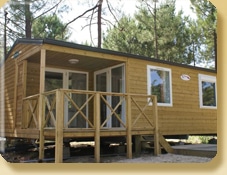 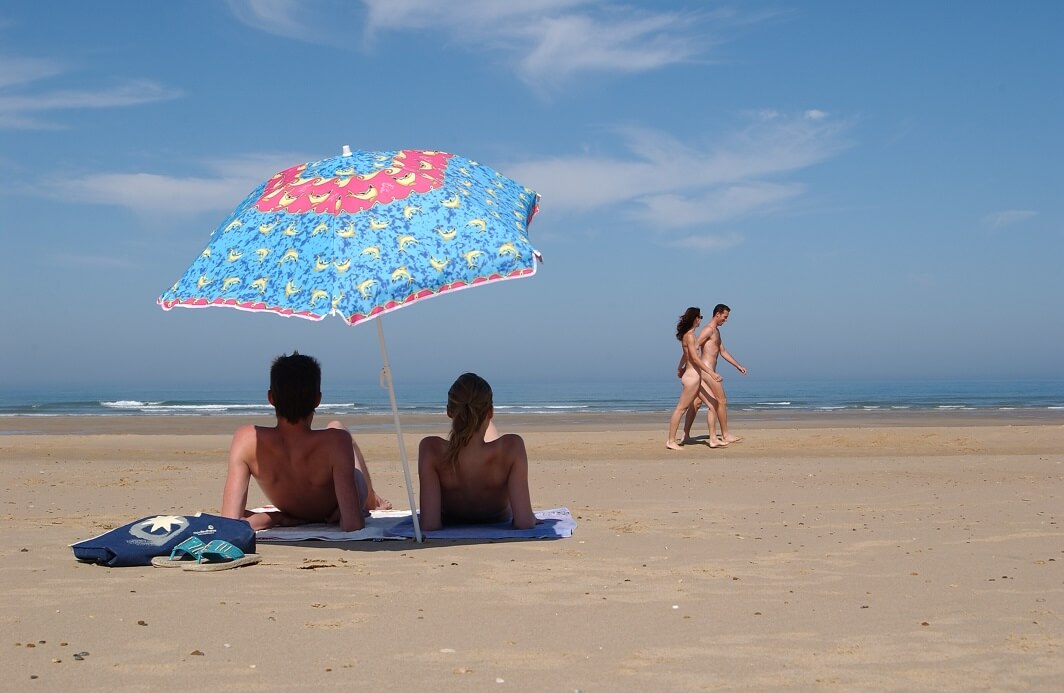 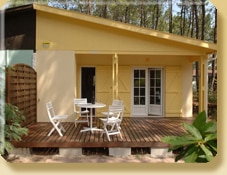 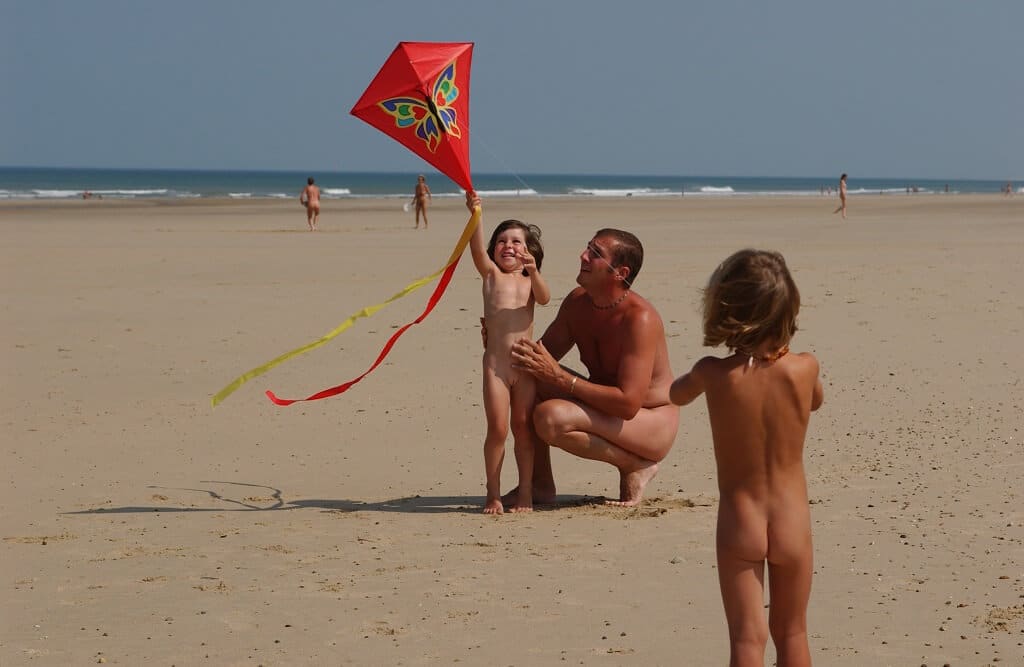 Euronat lies in southwest France on the Bay of Biscay, 90 km north of Bordeaux. The Gulf Stream ensures a mild climate. Euronat is open 1976 and has grown to become the largest naturist resort in Europe with an excellent reputation.

Euronat lies in the southwest of France in the Bay of Biscay, 90 km north of Bordeaux.

Euronat is open 1976 and has become one of the biggest naturist holiday resorts of Europe. This naturist complex with its large pitches extends over 335 hectare. forest and is close to the beach.

Euronat is divided into different continents. In every continent, countries like street where several accommodations are. Please note that the walk to the beach from some homes will take at least fifteen minutes.

Houses:
The houses all have a kitchen or kitchenette with microwave, covered terrace (except mobile homes) with sunbeds, bathroom with shower, sink and toilet. The bedrooms all have blankets and pillows.

Studio Garonne A / 25 m2 / 1-2 people
Four-under-one-roof village in Europe and Asia, living/bedroom with double bed. The Garonne has an extra bedroom for 2-4 people, otherwise the same as Garonne.

From time to time there are party nights and barbecues organized.

Train:
We can through the NS train to Bordeaux before you book.

Flight:
We can KLM flights to Bordeaux before you book.

Car:
We advise you to hire a car, If you want to see something of the area. We mediate for Sunny Cars. On our website you will find prices.

Transfer:
If you prefer a transfer, we can arrange that for you. Price on request.

The Medoc is a French wine region where Euronat is located. The region is world famous for its fine wines. Wine lovers can enjoy their stay here and the best wines in the world trials. You can also include hiking and cycling along the vineyards!

Euronat is located along the Atlantic Ocean. At regular intervals, the Atlantic meter high waves making it a paradise for surfers. The Gulf Stream ensures a mild climate.

Op c.a. 90 Euronat km away is the historic city of Bordeaux. Bordeaux has beautiful monuments with a distinctive architecture from the 18th century and is not for nothing is part of the UNESCO World Heritage Site. Visit the Esplanade des Quinconces, the largest city square in Europe or the cathedral of Bordeaux!

Language:
The official language is French in France. In each region have people their own dialect. In the tourist areas can the people speak English.

Currency:
Just like in the Netherlands you can pay in France with the Euro. By most banks you can go with credit cards and travelers checks. With a Dutch bank- giro or debit card that mentions a maestro or cirrus sign, you can pin at the ATMs. The cards from American Express, Diners Club, via, MasterCard and Eurocard will be accepted by almost all restaurants, shops and petrol stations.

Climate:
Although the Atlantic coast is situated on the Mediterranean Sea, The area does have a Mediterranean climate. This is characterized by hot summers and mild winters. The coast of the Atlantic usually has a mild winter. This is because the warm sea water tempers the worst cold after summer. Even in summer, this is a sunny region, whose coast between Nantes and Bordeaux over 2000 has sunshine per year. On the Atlantic coast can be wonderful in the summer weather. The temperature rises steadily from May to well above the 20 degrees Celsius. on this part of the French coast, but it can also be very windy and sometimes falls a bit of rain. In winter it rains more often here and it can get really quite ghosts.

Suitable for 2-4 individuals with 2 Bedrooms. Detached, oppervlakte about 21 m² to 31 m²

Suitable for 2-4 persons with bedroom. Four-under-one-roof, oppervlakte about 25 m²

Suitable for 2-4 individuals with 1 bedroom. Semidetached, oppervlakte about 28 m²

Suitable for 2-5 individuals with 2 Bedrooms. Surface about 35 m²