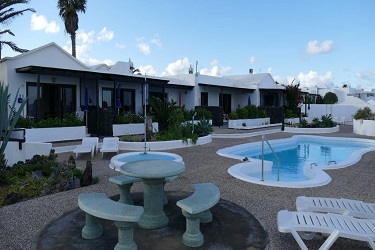 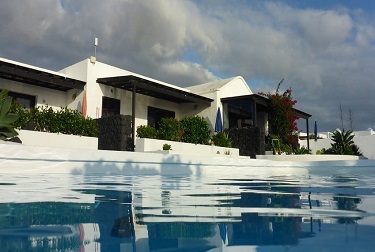 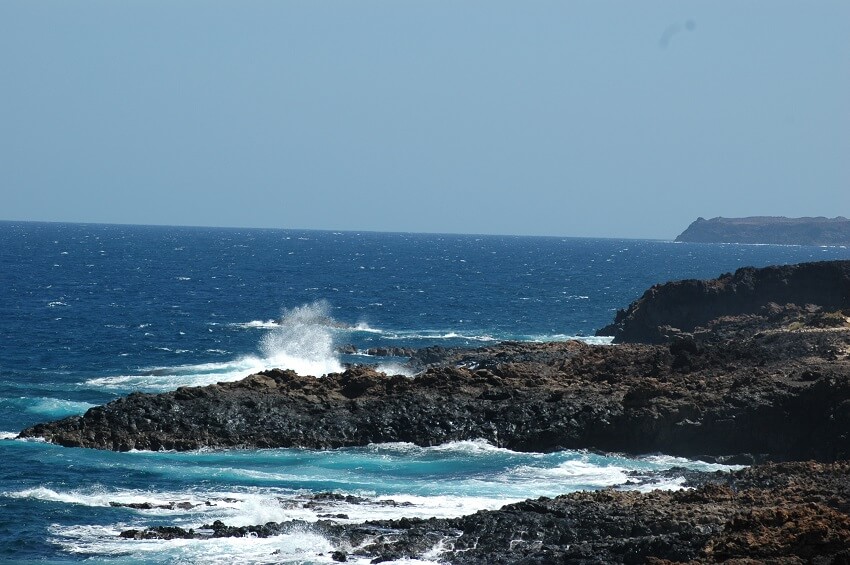 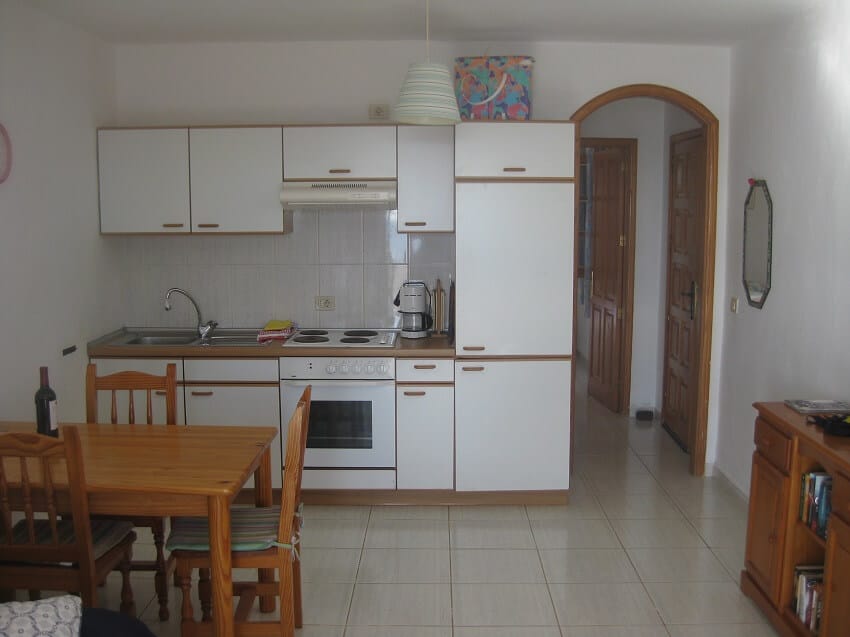 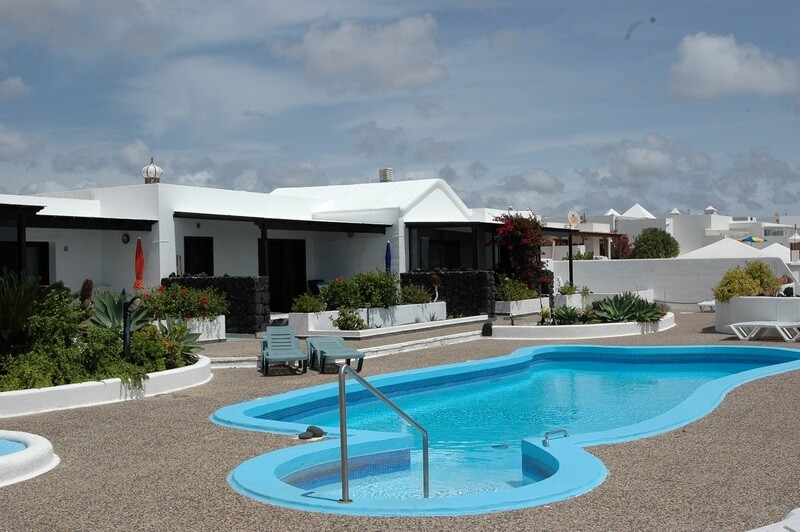 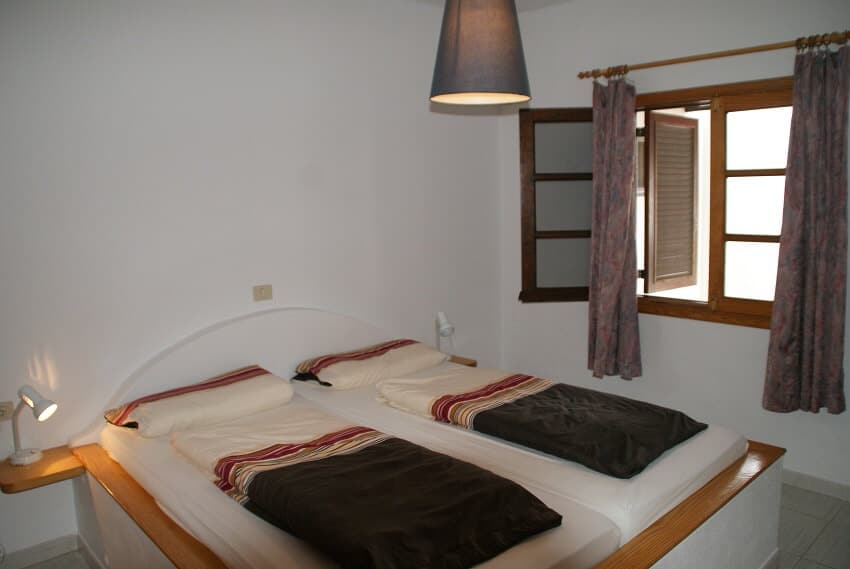 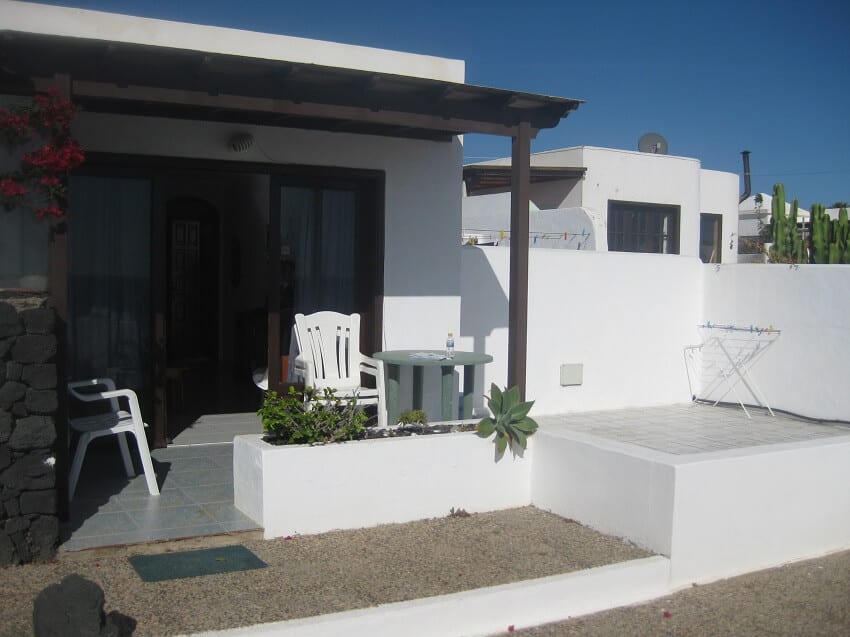 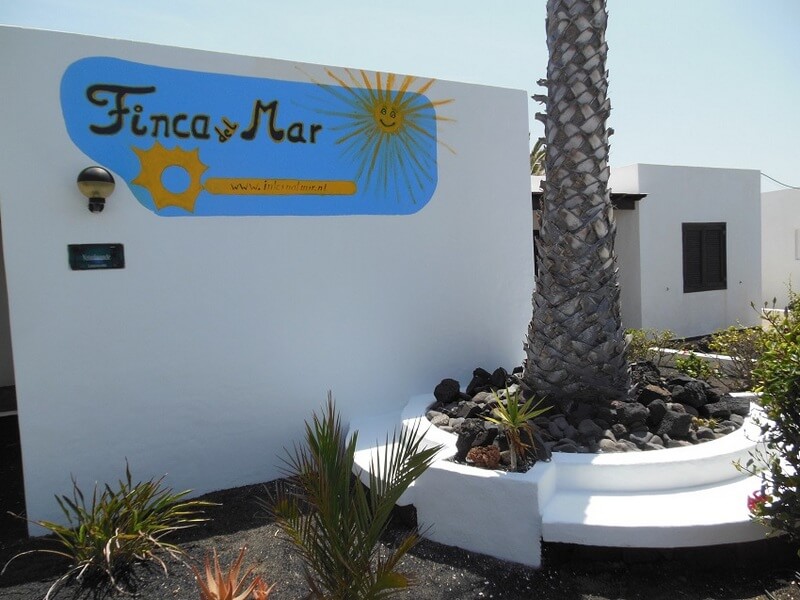 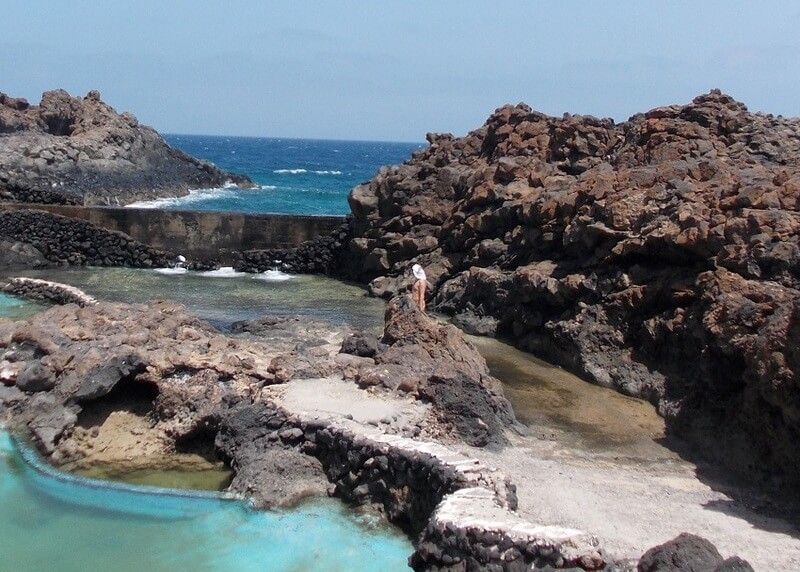 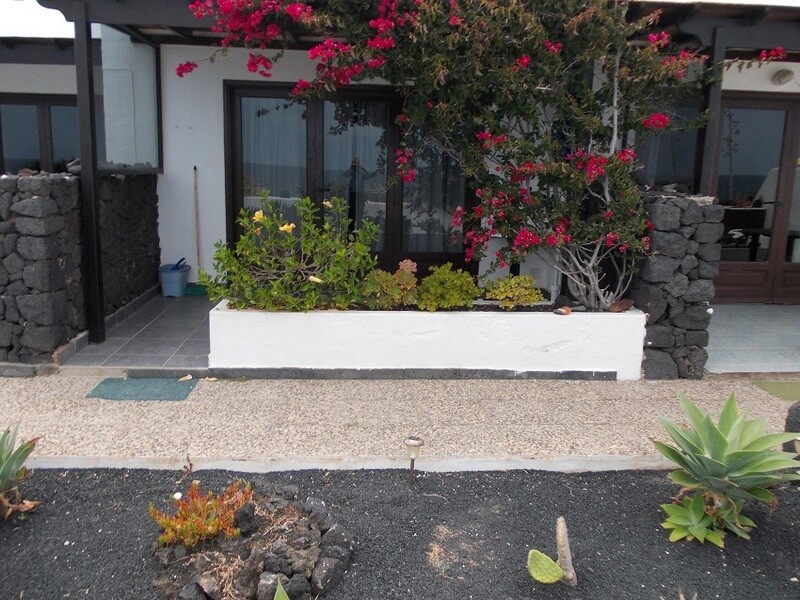 Lanzarote is a typical example of a volcano island. There are more than 300 craters on this island.

On Lanzarote is a great naturist village near Mala which is named Charco del Palo. In this village is the apartment of Finca del Mar.

The managers speak German and English.

Finca del Mar comprises 6 apartments. The numbers 1, 2B en 3 have a large terrace and the numbers 2A, 4A and 4B have a small terrace. All apartments have a swimming pool and have a sea view.

All apartments have one bedroom with a double bed (with 2 mattresses), a bathroom with shower, sink and toilet and a living room with kitchen. The kitchen has an oven, microwaver, coffee machine, water cooker, toaster, refrigerator and 4-burner electric stove. There is a dining table with chairs, a couch to sit on, a TV (BVN, German, English, French and Spanish channels), and an easy chair. Outside is a terrace with table, chairs, sunbeds and umbrella. You have directly access from your terrace to the pool. This pool is salt-based analysis and only for the guests of Finca del Mar available.

Services:
You can use the whole complex Castillo de Papagayo including:
– Several restaurants.
– Bistro / Pub.
– Little supermarket, (Opened daily for a few hours, except Sundays).

Special features:
– The pool at Finca del Mar works on salt technique. This makes it softer as rainwater and most people experience this as nice.
– Because Lanzarote have a lava floor, the white wine gets a unique flavor. In the hinterland you will find many vineyards and wine fincas. You can go here to drive or arrange a tour with Guido, so you can taste the wine.

Flight:
It is about 4,5 hours to fly to Lanzarote. We can book your flights. We mediate for Transavia, KLM, Iberia, RyanAir of Vueling.

Car:
We advise you to hire a car, when you want to see something of the island. We mediate for Cars Guayre and Sunny Cars.
We can arrange rental cars with Guayre at the airport, at the complex in Playa Blanca where the ferry leaves to Fuerteventura. You can combine your stay with Gran Hotal Natura in Corralejo on Fuerteventura.

Transfer:
We can offer a transfer. The price is € 40 each way.

Lanzarote is a typical example of a volcano island. There are more than 300 craters on this island. Lanzarote is the most eastern island of the Canary Islands. It is situated from a distance of. 115 km from Africa, in the Atlantic Ocean and is approximately 795 km². The island is about 60 km lang en max. 21 km wide.

The volcanoes of Lanzarote form a unique landscape. The island is covered with different colors of lava that you can see in the National park Timanfaya. The human and the landscape have managed to set themselves to each other and there is a harmony between the architecture and agriculture.

Because Lanzarote lava floor has, the white wine gets a unique flavor. In the hinterland you will find many vineyards and wine fincas. You can go here to drive or arrange a tour with Guido, so you can taste the wine.

Language:
Spanish is the official language in the Canary Islands. Because many British and German tourists on Lanzarote the local people also speak Englisch or German.

Currency:
Because the Canary Islands are a province of Spain, you can pay with the Euro.
With almost every debit card you can get money. Credit cards are also accepted, with the exception of small shops and restaurants.

Time difference:
At Lanzarote is it 1 hour earlier than in the Netherlands. This applies to the winter and for summer time.

Climate:
The Canary Islands are also called the island of “eternal spring”, because the temprature actually throughout the year continues equal. There is also a subtropical climate. Lanzarote is almost all year nice. In the summer, there may be a east southeast wind it can be very hot because of this. The heat is duo to the heat from Africa.